NDC played an active role in the Community Reinvestment Act (CRA) Reform initiated by the Office of the Comptroller of the Currency and the Federal Deposit Insurance Corporation and supported the position of the two agencies' proposed rulemaking and advocated for the wellness and development of the LMI communities. We testified before the Senate Banking Committee on the subject.

In our efforts to support the CRA Reform, NDC conducted townhalls in Washington DC and California with over one hundred participants joining discussions on sustainable homeownership, access to capital, corporate social responsibility, the new Community Reinvestment Act and economic empowerment. Panelists included key government officials and senior corporate executives, such as: Former OCC Joseph Otting. Director of FHEA, Director of CFPB, Deputy to the Chairman of the FDIC, Senior Deputy Comptroller for Bank Supervision at the OCC, Charter Communications VP of Metrics and Reporting, and other leaders from the OCC and the SBA.

National Diversity Coalition CEO, Faith Bautista, will testify before the Senate Banking Committee(sub) on Tuesday, January 14, 2020, on the subject matter of  “The Community Reinvestment Act: Reviewing Who Wins and Who Loses with Comptroller [Joseph] Otting’s Proposal”.

Participants include community advocates, academics, and bankers.  The well intended CRA reform initiated by the OCC Comptroller and FDIC Chair is unfortunately taking a partisan support, and we may very well have the 'unintended' consequences by having no or greatly delayed reform.  NDC will continue to support the position of the two agencies' proposed rulemaking and advocate for the wellness and development of the LMI communities.

Tuesday, January 14, 2020 (2:00 PM): "The Community Reinvestment Act: Reviewing Who Wins and Who Loses with Comptroller Otting’s Proposal" live-streamed by U. S. House Committee on Financial Services 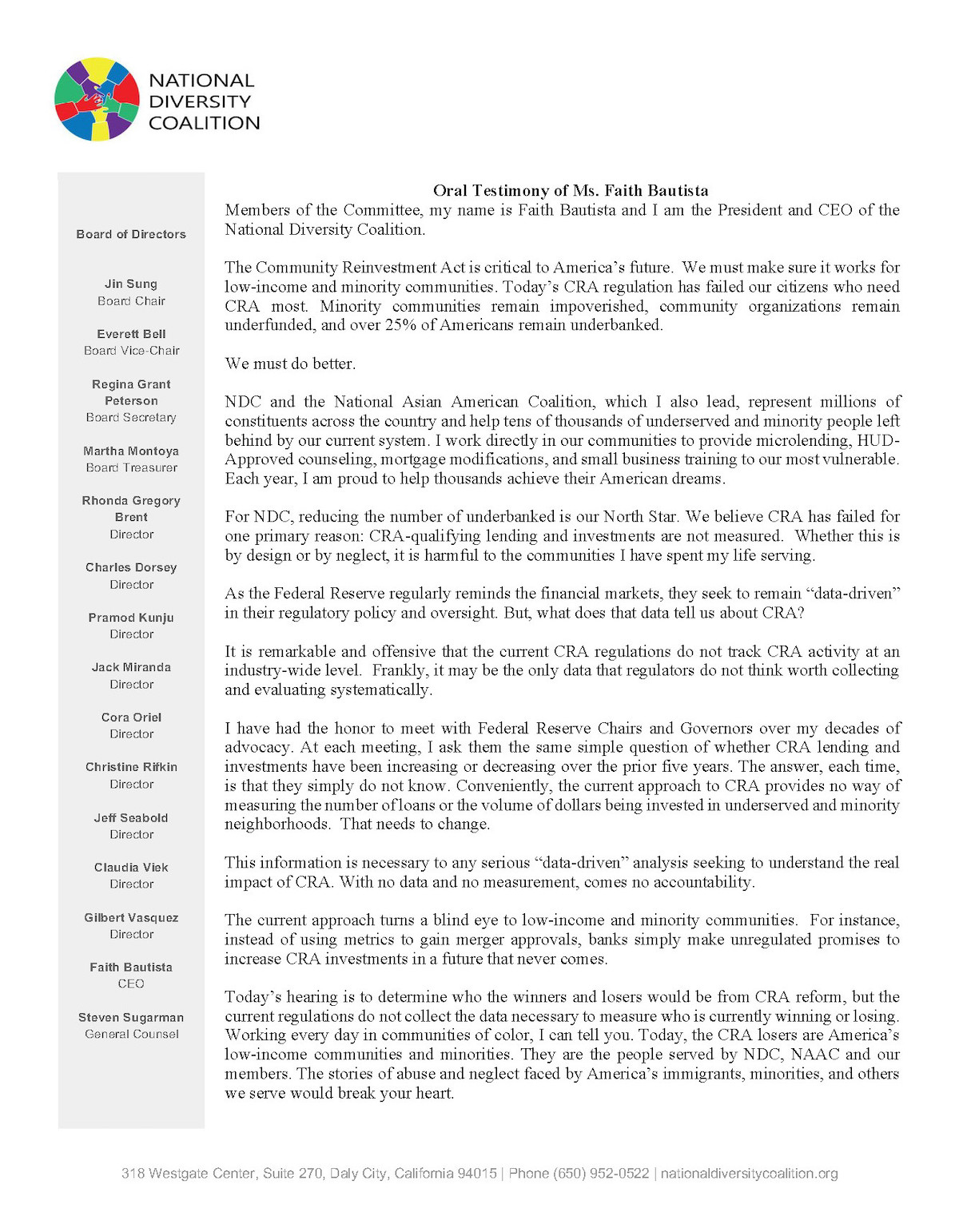 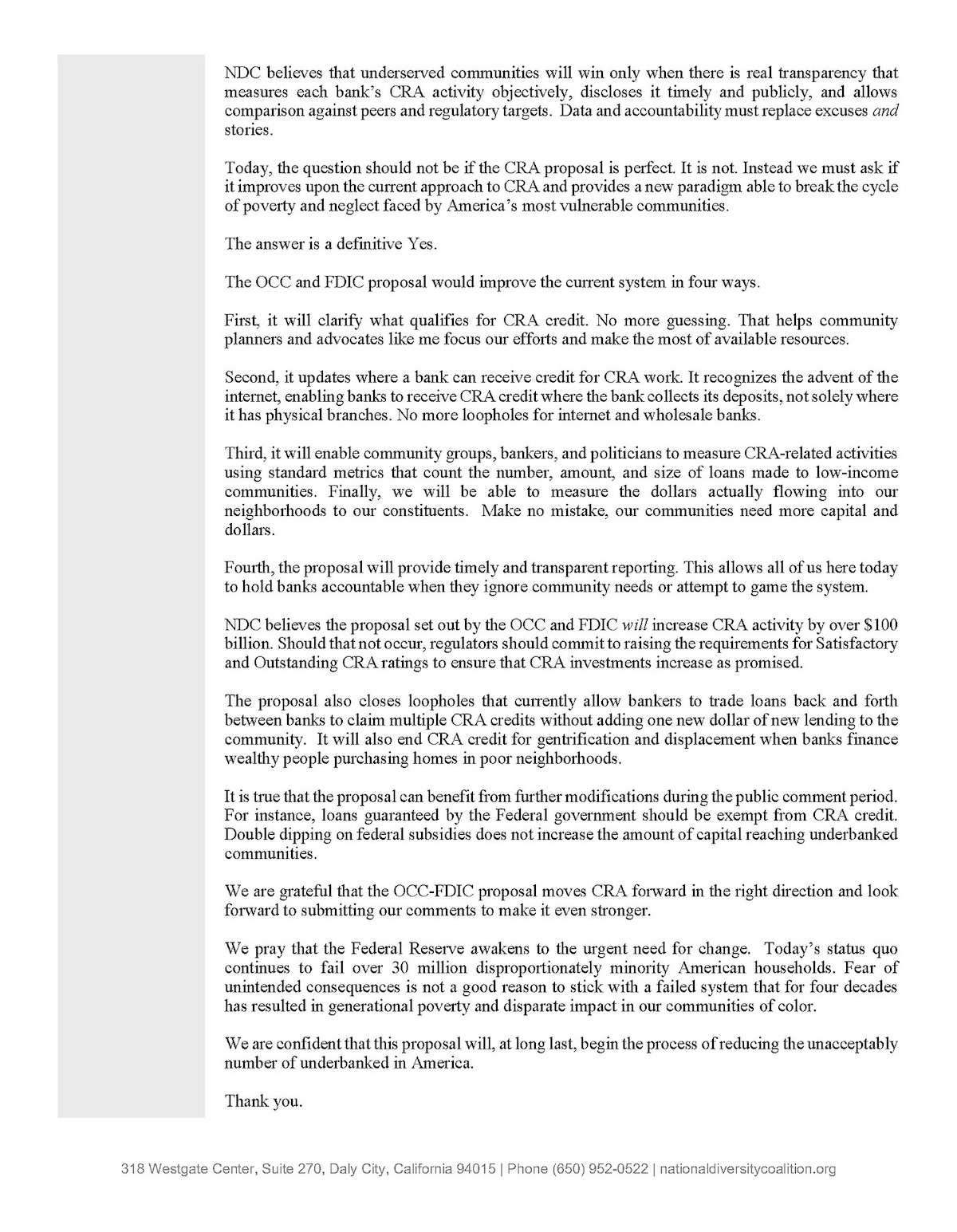 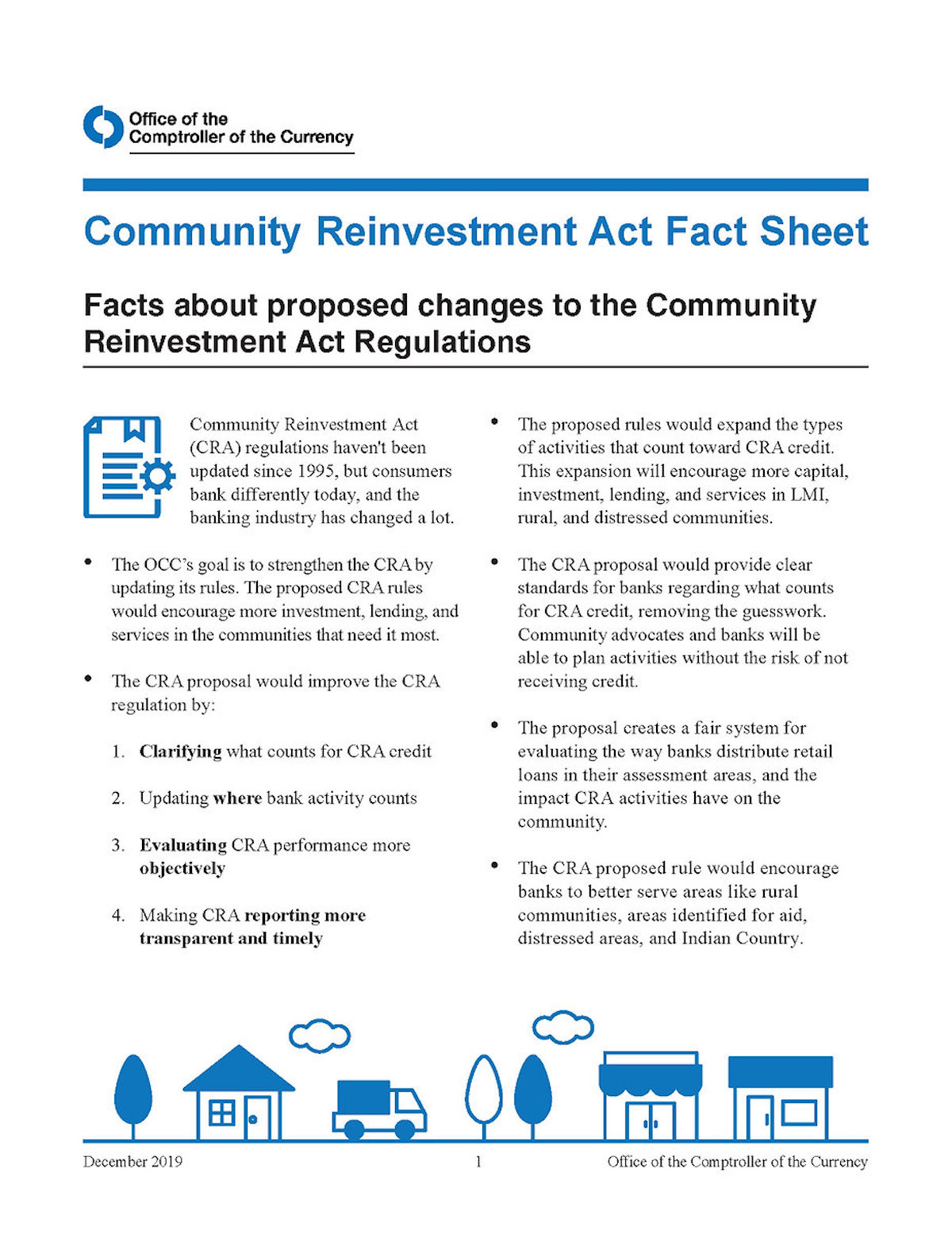 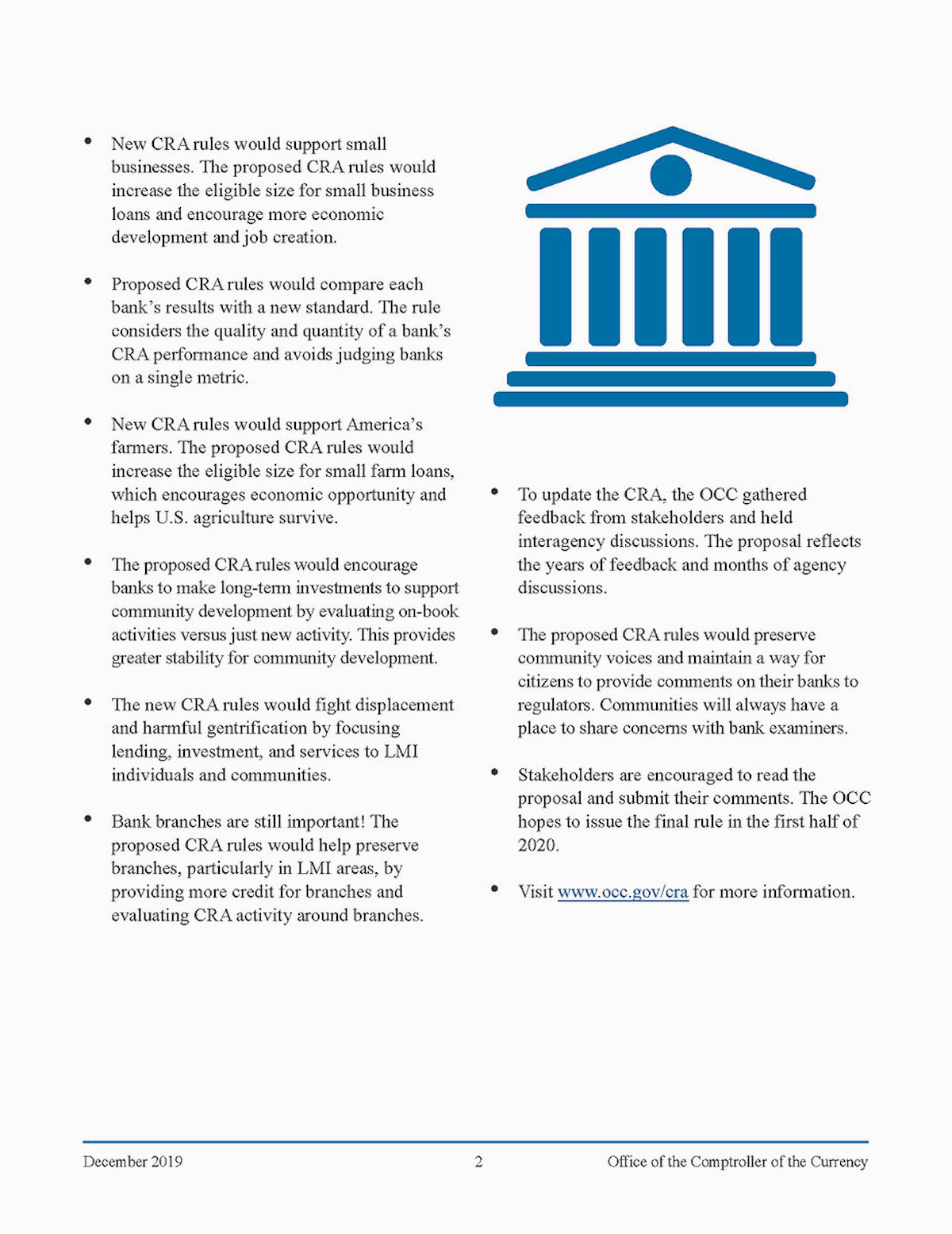 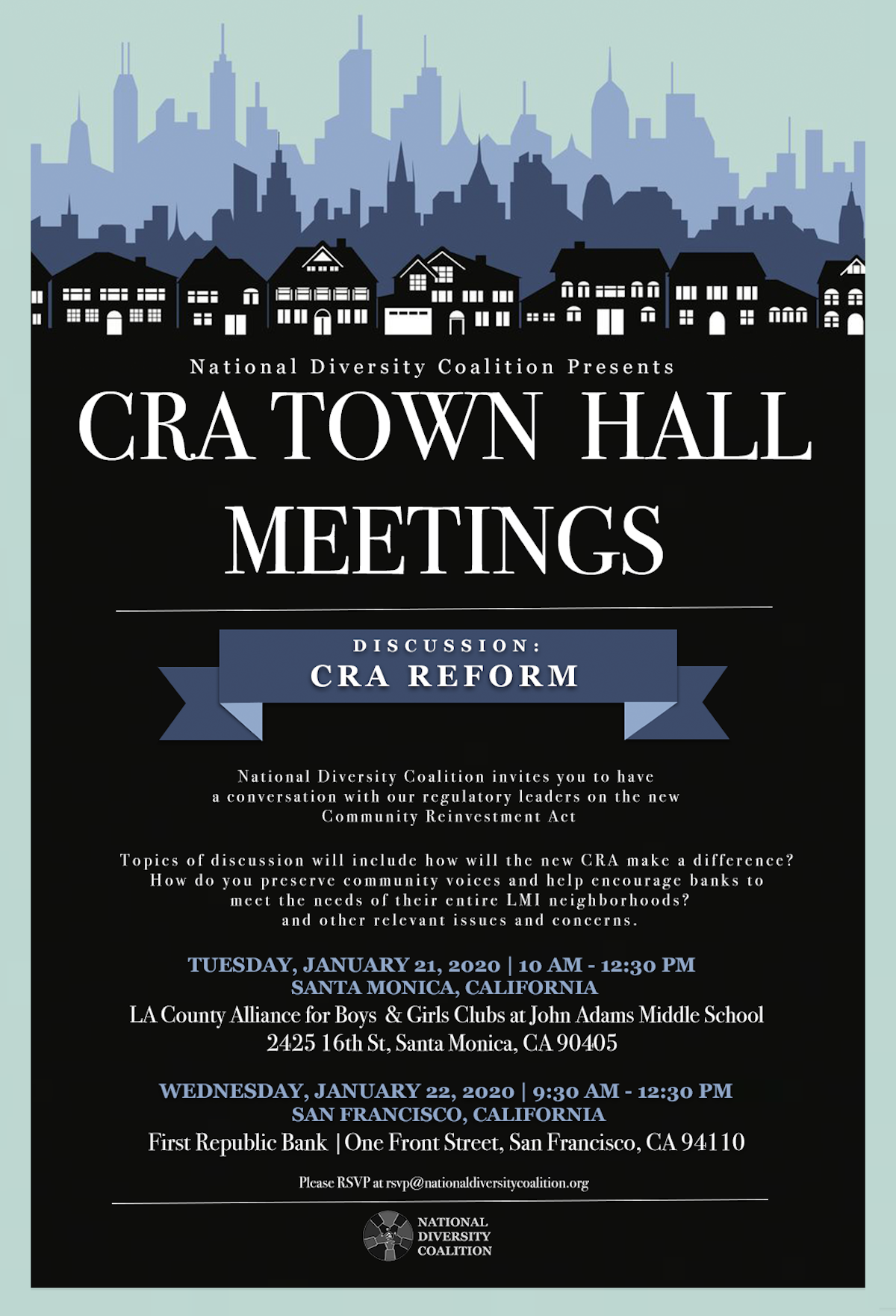